Tom and Jim’s Excellent Adventure: The Inspiring Story of How the Isolite Came to Be

As a dental clinician, I used to enjoy wandering the exhibitors’ floor at dental conferences, looking for that one revolutionary product that stood out from the rest. I’ll never forget what I discovered at the California Dental Association conference in Anaheim in 2002, when I saw an Isolite System in action for the first time. 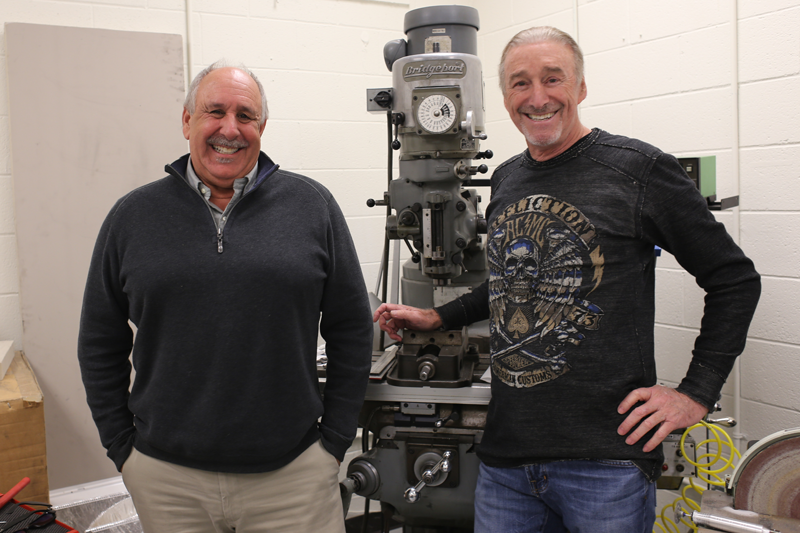 In honor of National Inventors’ Day, here’s the story of how the Isolite device was created, including all of the blood, sweat and tears that were shed during its 18-year journey from idea to reality.

In the early 1980s, fiber optic handpieces had just started to be introduced to the dental market. The brilliant folks at Dentsply Midwest decided to put two tiny light bulbs on the end of a high-speed handpiece to make it easier to see inside the patient’s mouth when the device was running. The handpiece had to be connected to a power source and a fiber optic bundle.

Thomas Hirsch, DDS, loved the invention. “Those little light bulbs were fabulous because I could see everything much better,” he explained. But the setup of the device was arduous. “The way my operatory was configured, the unit had to be placed on the wall, which meant the fiber optic bundle had to be draped all the way across the floor to get to my handpiece.”

So every time Hirsch pushed his chair back, he’d roll right over the fiber optic bundle. “I tried to be careful, but I would forget every time,” he lamented. “And I wasn’t smart enough to move the bundle to another position in the operatory. It only took two passes with my chair to totally destroy the entire bundle.” At $300 a pop, this was an expensive problem.

As Hirsch continued to replace many more fiber optic bundles, he wondered, “Why is my overhead light outside the mouth when I need it to be inside the mouth?” On that day in 1984, he decided that his mission would be to find a way to get that main light source inside the patient’s mouth.

At the time, Tom Hirsch’s brother, Jim Hirsch, was just starting his industrial design career. Tom figured he was just the person to help him realize his vision. “Hey, Jim, I got this great idea,” Tom said to his brother at a family holiday gathering. “I’m gonna make you a millionaire. But you’re gonna have to do all the work.”

Tom asked his brother if he could find a way to put a light source inside someone’s mouth—one that would remain lit even when the device wasn’t operating. Jim was game.

“It started off really fun because I got to go to the local hobby store to get some of those little model train light bulbs,” recalled Jim. 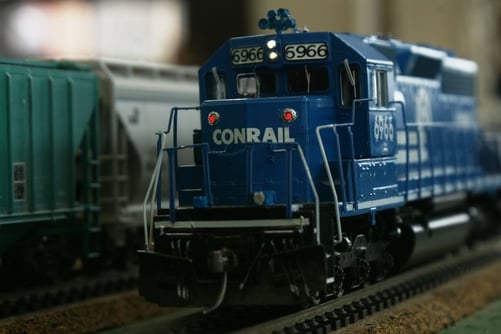 When he returned to his workspace, he bundled some wires together, then attached them to a small battery pack. He looked around for a tiny dark place to try it out, but couldn’t find one. “I decided to use some of that goop that Tom gave me and stuck the bulbs to it.” That “goop” was acrylic dental resin, which he proceeded to apply to the roof of his mouth. “I stuck the light source to that, and turned it on.”

With the light in place, Jim walked over to a mirror to investigate. “I could actually see better,” he marveled. When Jim showed the contraption to his brother, Tom was blown away. It was unlike anything he had seen before. Jim’s mouth was flooded with bright light.

But there was one minor problem: That bright light was generating heat, and the heat was melting the resin. “The pain wasn’t immediate,” Jim said. “I just noticed it warming up. Then it started to get hotter and hotter and hotter.” He tried to remain calm while Tom took his sweet time admiring the dental work he had done years prior. But the situation was getting dire. “The melting acrylic felt like one of those hot cheese pizza burns,” Jim recalled with a chuckle. “Enough poking around!” he yelled at his brother. “I need this thing outta my mouth now, dammit!”

Tom decided he needed to find a good device to attach the light source to. At the time, he was using an Erickson Vac-Ejector, which had been discontinued but was a well-performing tool that provided suction, a bite block and a tongue retractor.

“The Vac-Ejector had been around for quite a while, and there were a number of us who still used it,” Tom explained. “It was a great device for when your assistant was occupied with other tasks.” But the Vac-Ejector never really caught on because it had a number of different assembly parts that made it too complicated to use. “My poor assistants got so frustrated with the darn thing because it was such a time-consuming task to put it together and take it apart.”

However, once the unit was put together, it worked fabulously. So Tom decided to use it as the base design for the vehicle to distribute the light. He figured Jim didn’t have to reinvent the wheel, just improve on an already solid device.

Easier said than done. “I made hundreds of prototypes over many years,” Jim said, “but we just couldn’t come up with the perfect solution. It was…complicated.” Yet Jim kept on pressing on, making more and more prototypes out of different materials. “Some of them were made of clay, and I would jam clay into my mouth trying to get the comfort and sizes right. Wet clay in your mouth is disgusting, by the way,” Jim joked. He also made a beeswax prototype. 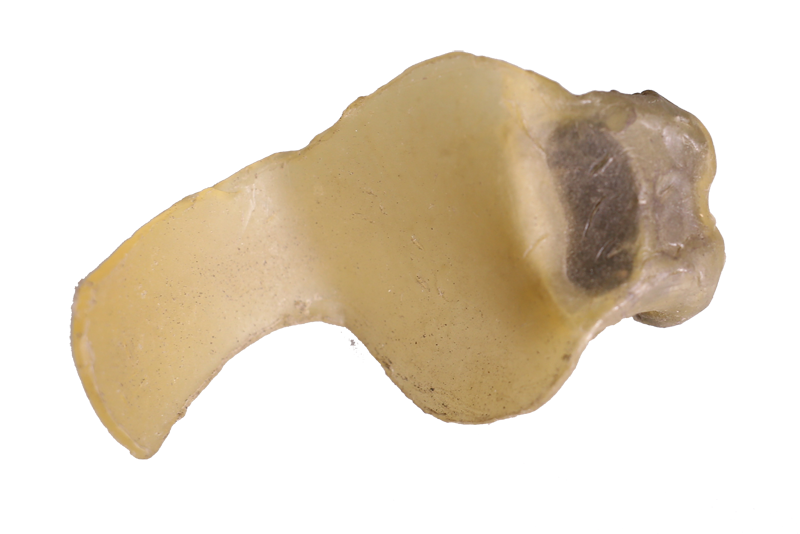 In fact, he recalled putting all sorts of strange materials in his mouth, some of which were rigid and very uncomfortable. 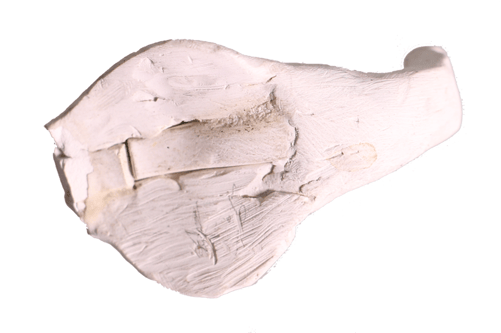 After considerable trial and error over many years, Jim finally came up with a prototype that worked well enough to file for a patent. In this version, the light bridge wrapped around the mouthpiece to bring the light into the mouth. 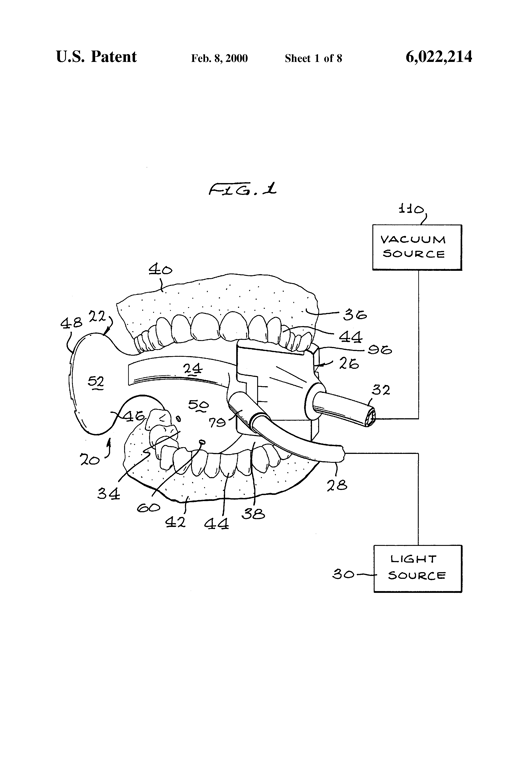 And because evacuation was critical, it had a cheek retractor with different suction areas. With a bite block as well, the device was essentially a three-piece apparatus that hinges, so suction could be transmitted to the upper and lower areas of the mouth. 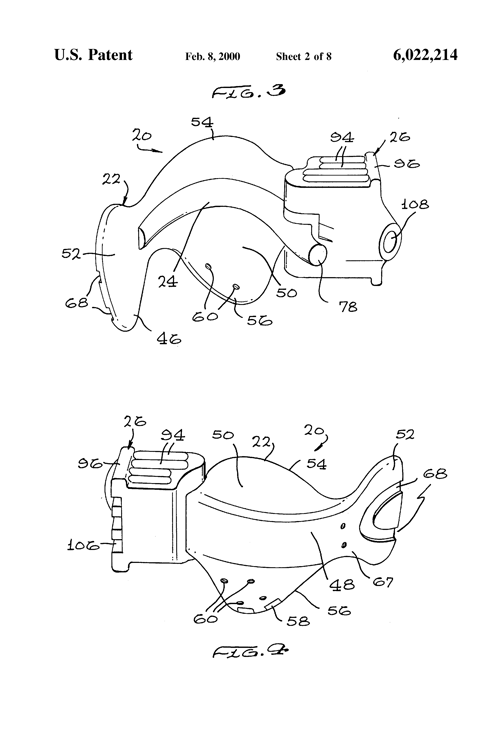 “Functionally, it worked well,” said Tom. “We might finally be able to bring light into the mouth.”

Functional wasn’t good enough, though. Like the Erickson Vac-Ejector, the Isolite device was too complicated. It would never succeed if it tormented the assistants who had to put it together and take it apart. Three pieces were just too many. 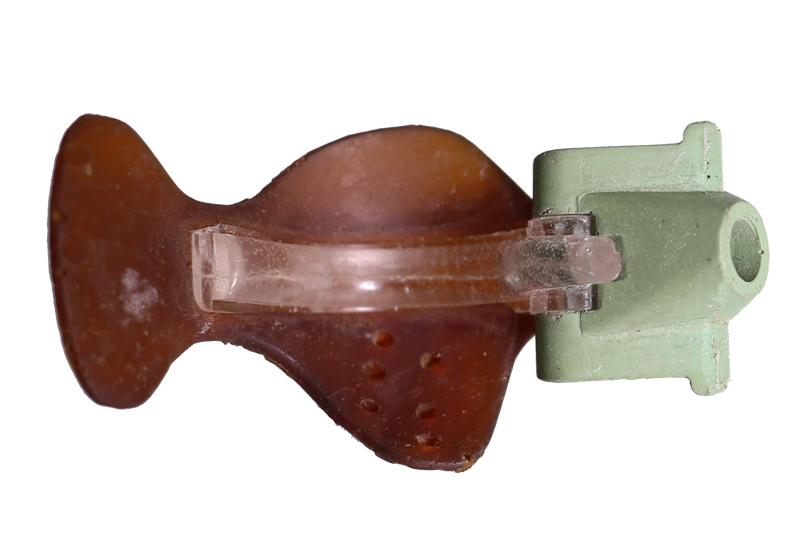 Several years later, Tom bumped into inventor Howard Leight, a long-time family friend. Leight took a good hard look at the prototype. “After a few minutes, he looks up at me and says, ‘This thing should be one piece. You need to make it one piece,’” Tom remembered.

When Jim heard that, he thought, “No way. It just can’t be done.” Still, that wouldn’t stop him from trying. In 2000, Jim purchased his first CAD machine, which made the prototyping process quicker, easier and more efficient. But after 20 more versions and endless fine-tuning, the expenses and frustrations were mounting. 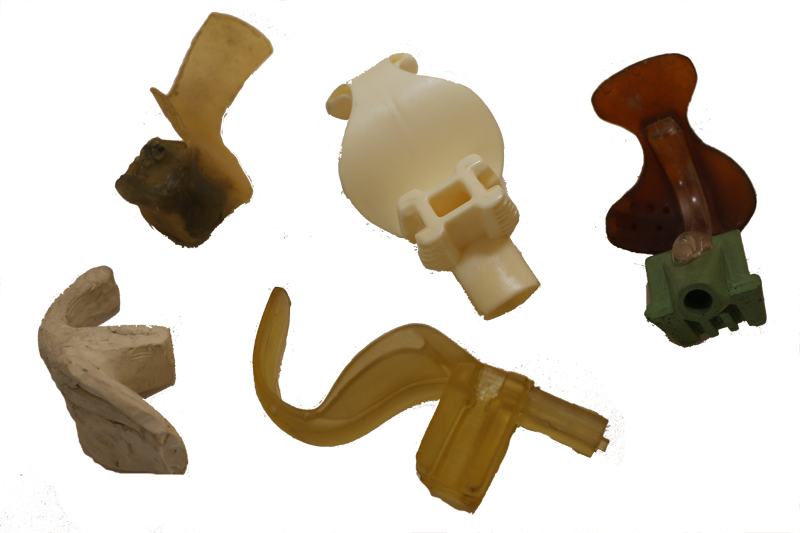 One day, Jim became so aggravated with the entire project, he impulsively hit “MERGE” on the CAD. In an instant, the system deleted the three-piece mouthpiece prototype and merged all three pieces together to create a single “merged prototype.” 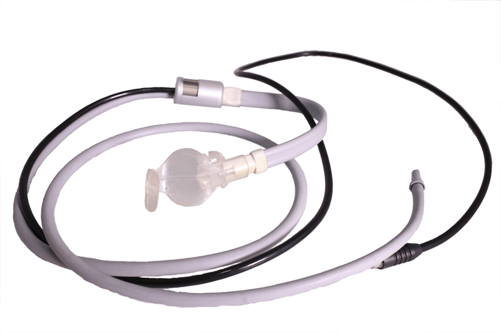 Jim presented the newfangled version to Tom, who immediately tried it out on a patient. And it worked! They then tweaked Jim’s asymmetrical mouthpiece design so that it could work on every quadrant in the mouth. Once the mouthpiece fit comfortably, they hooked it up to the light, but it was a huge disappointment. The Isolite was absolutely blinding.

“It had a bright spot that blinded everybody,” Tom recalled. “Because the light wasn’t facing the operator, I could see just fine, but my assistant and everybody else in the room were just torched with light.”

Tom consulted a friend who worked as a rocket scientist at Hughes Research Laboratory. Together, they performed “ray tracings.” They tracked the beam of light but couldn’t seem to eradicate the blinding bright spot.

Then one day, they accidentally pulled the light source away from the mouthpiece while trying to disengage it. At that moment, a curious thing happened. “By pulling the light source out a ways, the bright spot simply diffused,” said Jim. “It went from being so bright that you couldn’t stand it to being totally useable,” Tom added.

After holding discussions with industry players about bringing the Isolite to market and not getting anywhere, the Hirsch family decided to take matters into their own hands. “We spent four days at Tom’s condo in Mammoth writing a business plan for the Isolite,” explained Sandi Hirsch, Jim’s wife and now president and CEO of Zyris (formerly Isolite Systems).

“Oh boy, I was so excited,” Tom laughed. “I got one speeding ticket on the way up to Mammoth and one on the way back down.”

After incorporating in 2001, the brothers spent a year preparing to bring the Isolite to market with the help of family, friends and investors. 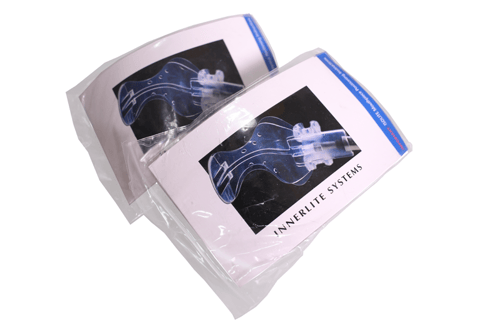 Since its 2002 debut at the California Dental Association conference, the Isolite System has become an indispensable device for dental clinicians around the globe, with more than 30 million procedures performed.

“It took us 18 years,” Tom laughed. “But we finally found a way to get light into the mouth.”